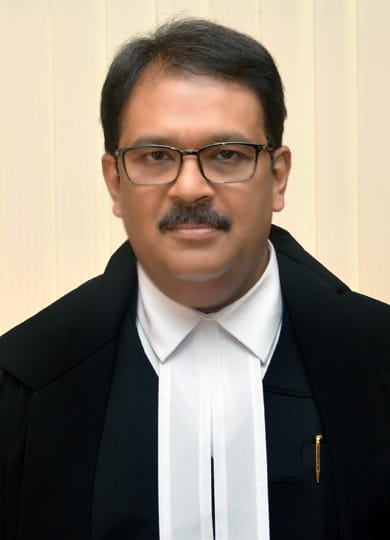 He obtained his Post Graduate Degree in Law from M.S. Law College.

He worked as a part time Law Lecturer in M.S. Law College.

He joined the Bar in the year, 1989. Started his practice in the office of Senior Advocate Sri Bhaktahari Mohanty, noted Civil Lawyer and thereafter worked as an understudy of noted service law exponent Sri G.A.R Dora, Senior Advocate.

He is the recipient of Haricharan Mukherjee Memorial Gold Medal for the year, 2004 for outstanding performance and maintaining high standard of professional ethics as a Lawyer.

He was one of the first batch of lawyers chosen by the High Court of Orissa to undergo Mediation training in the year, 2008 in the East India Regional Intensive Mediation Training Programme at Ranchi.

He was specially engaged Counsel for the state of Odisha before the Commission of Enquiry headed by Hon’ble Justice Sri A.S. Naidu.

And he was specially engaged Counsel for Odisha Board of Pharmacy.

He was executive member of Rogi Kalyan Samiti of Capital Hospital, Bhubaneswar.

He was appearing as a panel lawyer for:-