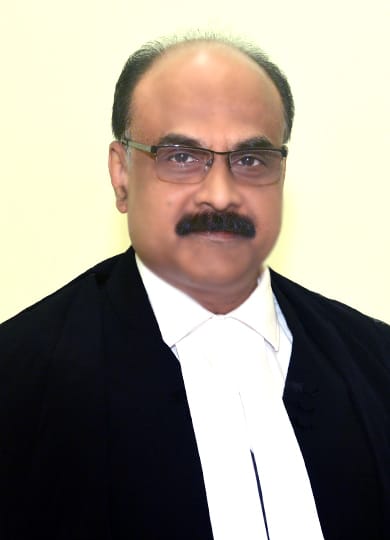 Born on 17th January 1967 at Bhubaneswar as the youngest son of Khetramani Mishra and an illustrious father late Bimal Kishore Mishra who is still remembered for his profound knowledge and contribution in the codification of revenue laws in the state, administrative proficiency and die hard honesty and integrity. As an IAS Officer, Late Bimal Mishra had set exemplary standards in the field of administration, which evokes respect even long after his departure.

Justice Sashikanta Mishra completed his early education from St. Joseph's High School and Kendriya Vidyalaya, Bhubaneswar. Passed ISC in first class from BJB College. Graduated with Economics honors from BJB College. Did his PG in Economics in 1st class from Ravenshaw College, Cuttack. Completed his LLB from Dhenkanal Law College. Started practice as an advocate in the High Court in 1996 in the office of Senior Advocate Narendra Mishra. Started his independent practice in the year 2003. Dealt with Labour, Insurance, Company, Consumer, Cooperative and Writ matters etc appearing before the High Court and various courts and Tribunals of the country.