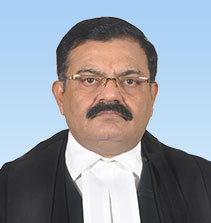 Had schooling in MKC High School, Baripada and passed in 1st Division.

Graduated in Science with Physics (Hons.) in First Class from MPC College, Baripada in 1981.

Passed LL.B. from Utkal University having studied from Mayurbhanj Law College in 1984.

Enrolled as an advocate and joined practice at Baripada Bar under the able guidance of his late father Harekrushna Dash.