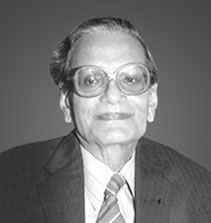 Born on the fourth of May, 1920. In 1945 he took his B.L. Degree from the University of Patna and he joined the Bar. He was recruited as a Munsif in the year 1947 and after working for slightly over eighteen months resigned the job, only to return to the profession. In 1963 he was appointed as Standing Counsel for the State of Orissa, till 1969 when he was appointed as Government Advocate. He continued in this post till his elevation to the Bench.