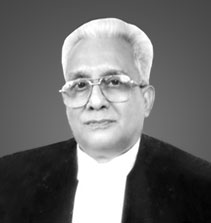 Born on 3rd August, 1937. Enrolled Advocate of Orissa High Court on 12th October, 1960. Practised on Constitutional, Civil and Criminal side in Orissa High Court and in Subordinate Courts. Worked as Additional Standing Counsel, Government of Orissa from August, 1967 to February, 1969. Standing Counsel for Transport Department from March, 1969 to February, 1976. Appointed Additional Government Advocate in March, 1976.