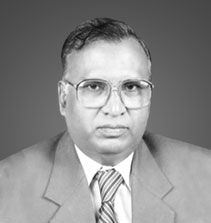 Born on 1.7.1940. Enrolled as an Advocate on 10.1.1966. Practised in the Criminal, Civil and Revenue Courts in the District headquarter at Baripada for 17 years. Joined Orissa Judicial Service as a direct recruit on 7.3.1983 as Additional District and Sessions Judge. Promoted as District and Sessions Judge, Worked as Chairman, Sales tax Tribunal, Orissa and a Special Judge (Vigilance & C.B.I.). Worked as Chairman Arbitration Tribunal Bhubaneswar from 21.6.1992.