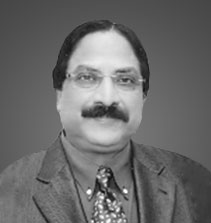 Graduated from Kendrapara College, with Political Science (Hons) in the year 1970.

Graduated in Law from Madhu Sudan Law College, Cuttack in the year 1973-74.

Enrolled as an Advocate in 1974 and joined the office of Late Babu Jatindranath Mitra, Cuttack.

Joined the Orissa Judicial Service as a Probationary Munsif on 16th August, 1976.