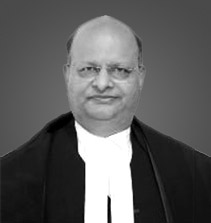 His Lordship Mr. Justice Mohammad Rafiq was administered the oath of office of the Chief Justice of Orissa High Court on 27th April, 2020 by His Excellency the Governor of Odisha Prof. Ganeshi Lal, on being transferred from the Meghalaya High Court.

His Lordship worked as Assistant Government Advocate for the State of Rajasthan from July 15th 1986 to December 21st 1987 and Deputy Government Advocate from December 22nd 1987 to June 29th 1990. His Lordship appeared before the High Court as panel advocate for various Departments of the State Government such as Co-operatives, Finance, Forest, Irrigation, Urban Development and Animal Husbandry for five years i.e. from 1993 to 1998.

His Lordship was appointed Additional Advocate General for the State of Rajasthan on January 7th 1999 and worked as such till his Lordship’s elevation to the Bench.

Hon'ble Mr. Justice Mohammad Rafiq was administered the oath of office of the Chief Justice of High Court of Madhya Pradesh on 3rd January, 2021, on being transferred from the Orissa High Court.