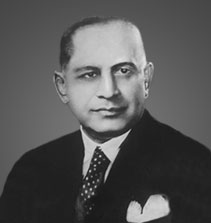 Born in Ganjam District. After passing S.S.L.C. at Berhampur he joined the Ravenshaw College, Cuttack and passed I.Sc. creditably. He graduated himself at the Presidency College, Madras and then joined Law College, Madras where he stood second in the Presidency Final Law Examination and began practice at Aska. He shifted his practice to Berhampur-Ganjam. In 1930 he was appointed as a Government Pleader, subsequently as a public prosecutor. He was Advocate General since 1945 and a member of the Utkal University Senate.