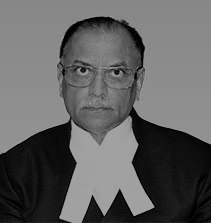 Was Advocate on the panel of various prestigious institutions like GSRTC, AMC, FCI and for State of Gujarat for Arbitration matter before the Gujarat Public Contracts Arbitration Tribunal.

Was President of Scout in 1972. Held prestigious position in Bharat Scouts and Guides and was active member from 1981 to 1997. Was Hon’ble Secretary B.S.G. from 1990 to 1996. Awarded the highest award of Silver Elephant in 1996-97. Was nominated as State Commissioner, Scout in the year 2002 and held such office till February, 2004. Was member of Finance Committee & Executive Committee N.H.Q. B.S.G., New Delhi.

Elevated as Judge of Gujarat High Court on 7th March, 2004 and confirmed as permanent Judge on 22.06.2005. Was acting as Chairman of the I.T. Committee.

Elevated and sworn in as the Chief Justice of Orissa High Court on 12th August, 2018.