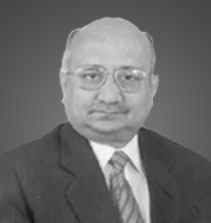 Born on 4th October, 1951. He enrolled himself as an Advocate on 7th August, 1974 and practiced law in the High Court of Madras as a Junior under Shri. K. Parasaran, the former Attorney General of India. He also worked as a part time Professor in Madras Law College for seven years. He was directly recruited as District Judge in the year 1987 and worked as District and Sessions Judge at Cuddalore, Salem, Coimbatore and also worked as Special Officer, Vigilance Cell, High Court of Madras. He worked as Chairman, State Transport Appellate Tribunal, Chennai. He was elevated to the post of Additional Judge, Madras High Court on 27th September, 2000. He became a permanent Judge in the said High Court on 20th September, 2002. After completion of a couple of years of his Judgeship in the High Court of Madras, he was appointed as Chief Justice of Orissa High Court on 27.02 2013. Elevated as Judge of Supreme Court on 19.09.2013.