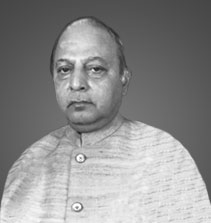 Born on 1.4.1937. Jointed Jorhat District Bar as Pleader in the year 1960 and here after enrolled as an Advocate in 1962 and joined the Gauhati High Court Bar in the same year. Appointed to the Assam Judicial services in the year 1963 and continued till May, 1976, in that service. Joined the Government of Meghalaya on deputation from July, 1970, and worked as Under secretary, Deputy Secretary and Secretary in the Law Department. Became Law Secretary and Legal Rememberancer in January, 1976. Appointed as a part-time member of the Meghalaya Board of Revenue in January, 1978, part-time lecturer, Shillong Law College. Commissioner for departmental enquiries for the State. Legal adviser of various corporations of the State Govt. Elevated as Judge of Gauhati High Court on 11.10.1985, Transferred to Himachal Pradesh High Court on 1.3.1995 and served as the Chief Justice of Orissa High Court from 2.8.1996 - 27.1.1999.