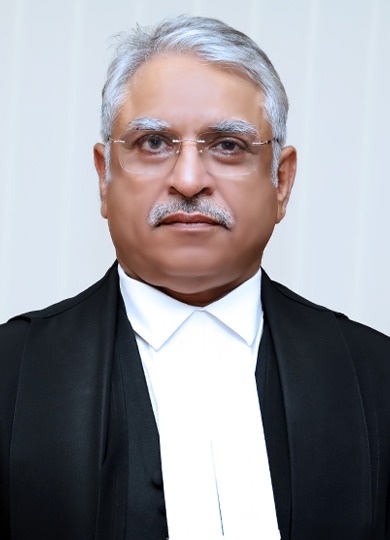 Born on February 23, 1961, at Rohtak.  Had his schooling in Oak Grove School, Jharipani, Mussoorie/Model School, Rohtak.  After graduating in Arts in 1980, His Lordship took the degrees of Law and Master of Business Administration from Maharishi Dayanand University, Rohtak.  His Lordship was enrolled as an Advocate in 1986 and started practice at District Courts, Sirsa.  In April 1988, His Lordship moved to Chandigarh and started his legal practice in Punjab & Haryana High Court.  Since March 1991 till his elevation held the posts of Assistant Advocate General, Deputy Advocate General, Senior Deputy Advocate General and Additional Advocate General, in the office of Advocate General, Haryana.  Represented the State on the Civil Side by dealing with cases mainly relating to Service and Constitutional Law.  Married in 1989 and blessed with one daughter. His Lordship has had keen interest in Lawn Tennis, Cricket and Golf. Became President of the Chandigarh Lawyers Sports Association. Elevated as Judge of Punjab and Haryana High Court on December 5, 2007. Thereafter His Lordship transferred and took oath as a Judge in the High Court of Orissa on 8th October, 2021.